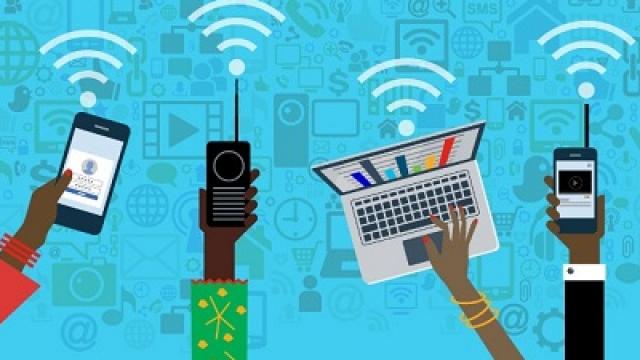 Internet growth in India has coincided with the growth of the nation. Anyone who now owns a successful business whether big or small, wants to a strong internet presence. Due to this high demand in High Speed Internet Providers, the sudden boom in Internet Service Provider (ISP) industry can be seen. The internet services are on the rise in India and with the new fiber broadband coming, the only way is up.

Some of the high speed internet service providers in India are

Having its main center in New Delhi, it is not only one of the best broadband in Delhi but whole of north India do enjoy their services. Started as a TV cable company, Den also came in the business of providing internet services during the internet revolution in the country. It also boosts of having very high speeds in the Nation Capital Region (NCR). The speeds up to 50 Mb/second are attained while using the Den broadband.

In the business since the early 2010s, the monthly plans of Hayai start from Rs 899 and can go as high as Rs 5,000. Though FUP limit in some service plans is set quite low, the company make amends with the high speed internet. The speed of 100 Mb/second to 1 Gb/second can be attained depending on the plan. One of the best Internet Service Providers (ISP) in Mumbai, the company is expanding quite rapidly.

YOU broadband offer services in states of Gujarat, Maharashtra, Telengana, Andhra Pradesh and Haryana. With the plans closer to Rs 1600, the standard speeds are attained by the service provider.

Hathway plans are little costlier when compare to other internet providers. But where this company scores over other is service and speed of the internet connection provided. Also, the speed remains intact till the plan duration is over as the company does not have any rule of Fair Usage Policy. Speaking of speeds, the service plans of this company can clock around 50 Mb/second. One of the best plan of the company costs around Rs 2,999.

Living in the southern part of India, ACT Fibernet has got you covered as long as internet services are concerned. In Bangalore, company offers up to 50 to 100 Mb/second of internet speed. The good thing about this company is that uploads are not count in FUP.

One of the most prominent service providers in India. Airtel is more famous for its cellular network and satellite set-up box service. But the company has equally if not better home broadband plans. Speeds up to 1000 Mb/second are reach during the browsing. Best plans of the company generally fair around Rs 1,000 mark. These plans do come with the Fair Usage Policy (FUP) but kicks in after the either 150GB or 250GB of internet data used. Generally the company operates in urban areas but now is looking to expand all over India.

BSNL is a big player on the internet providing scene, though in last few years the market share is coming down. Being a state-owned corporation, it generally has the advantage of people’s trust. It has provided India with most of its DSL (Digital Subscriber Line) broadband connections. Speeds up to 50 Mb/second is generally the threshold for this government own organization. Now with its sister company MTNL being merged with it, the internet quality in the country is possibly going to new heights.

With its headquarters located in Delhi, this is the Internet Service Provider (ISP) you are looking for in National Capital Region. With the internet speed reaching up to 1 Gb/second, the FUP limit is 150GB. However the FUP limit ceases, the costlier your broadband plan gets.

These are some of the high speed internet providing companies in India. The choice mainly comes down to what brad you prefer and where you live as almost all provides pretty high speeds of internet connectivity.